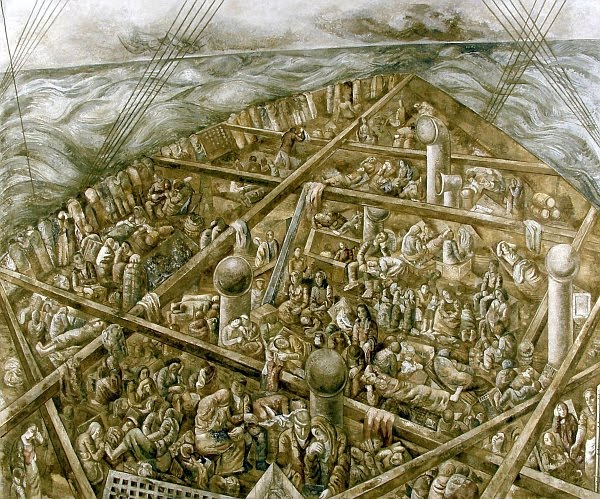 Echoes of Migrations: Memories and Representations of migrants (19-21th Century)

This conference, organized by the Institute of Contemporary History (FCSH-UNL), aims to identify and compare the various models of representation associated with migration and the different types of actors involved in the making of the Modern Diaspora. We seek answers to a number of questions: How are migrants' narratives collectively reconstructed over time in the national memories of the host and origin countries? How are migrants represented in monuments and museum exhibitions dedicated to issues of migration? How do literature and film portray immigration and emigration? The conference will focus on a broad chronological period (the late 19th century to the present), which covers mass migrations cycles, in order to examine the constructed representations of migratory phenomena in various socio-economic, political, and geographic settings.

We highlight the following as possible themes for this conference:

The conference working languages ​​will be in Portuguese, English, French, Spanish and Italian.

Those interested should send a form (only in word), conference proposal (maximum 500 words) and a brief CV (maximum 150 words) to representation.migration.ihc@gmail.com until May 15, 2012.

Responses will be sent by the organization by June 15, 2012.
Application Form.

Information about the Hotels